When I saw my friend sharing link with title about New York dumping subway cars into the sea on her Facebook I was totally shocked, I was thinking “can something like that happen in 21st century?” But fortunately we should be happy instead of shocked. Have you ever thought that we can use subway cars to help coral ecosystem at the bottom of the sea? Wow. See beautiful photos of subway corals at here: 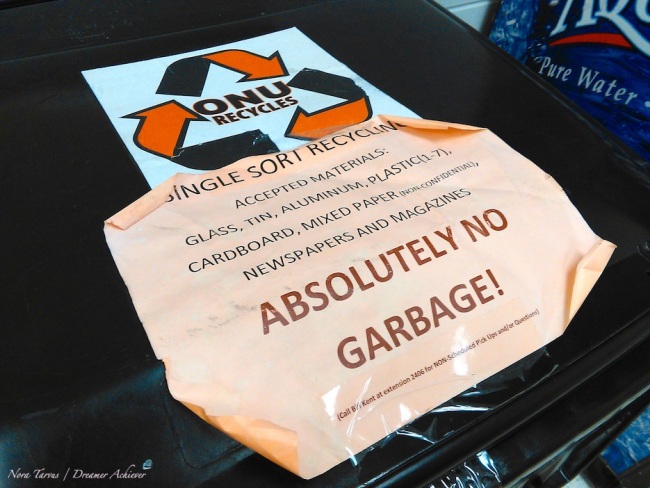 What comes to ecological thinking in States it’s quite weird that about nobody recycles used plastic bottles (in Finland you get money of recycling used bottles and cans! Over 90% of sold cans are recycled). However ecological clothes, foods, etc are very popular, especially in East Coast big cities. Here it’s more about money than being eco-friendly. I’m not hippie kind of person. I love the fact that I can have new technology and travel, however I don’t see any good reason why we should not get all that with harming nature as little as possible. Under 40% of waste is recycled here and in some places (like in the middle of nowhere Wisconsin Dells where I was at last summer) it’s impossible to recycle. 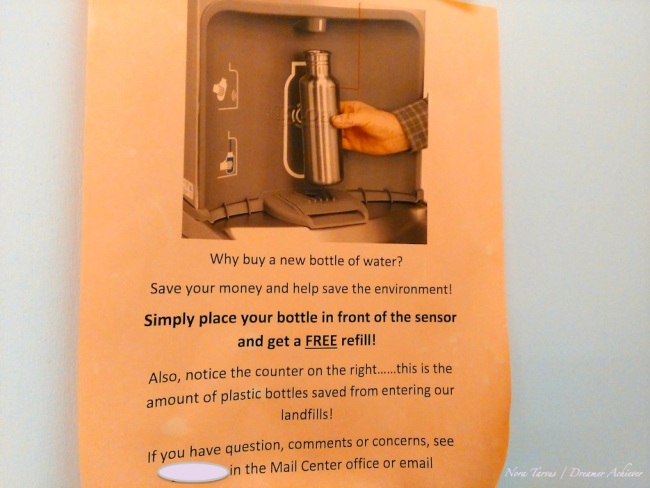 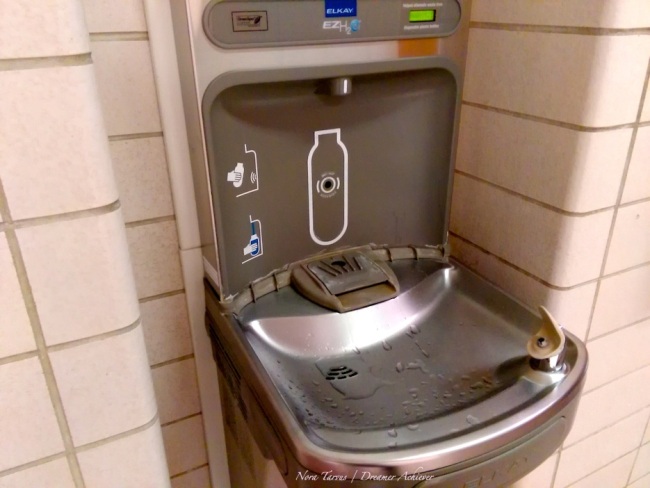 In my university in States we are encouraged to have own water bottles and there are everywhere spots where you can fill your water bottle. Further there are couple possibilities to recycle, for example in dining hall they have different rubbish bins to food waste and others. Still the recycling in States in total is everything but good, the worst example in my opinion is how they “recycle” waste in NYC – companies throw their waste to streets and then street cleaning guys pick them up. If you haven’t been in NYC you can imagine the smell and how nice is to walk on all the liquids coming from those bags. Yuk. 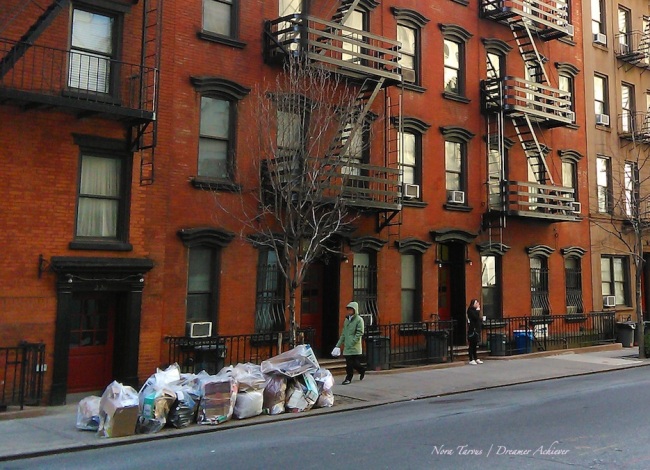 Oh, such a nice neighborhood but what’s that punch of garbage bags?

I’m happy that States are trying to be more ecologic, like the subway example for New York shows. However I think that your everyday choices matter the most.

Could you walk to work instead of driving? Could you use same water bottle twice? Could you recycle some of your waste?

PS. I signed up to go volunteer and build houses for homeless people in Eastern USA during spring break. 🙂 That will be on early March, stay tuned and I’ll blog about that during (or after we don’t have Wi-Fi) the trip! 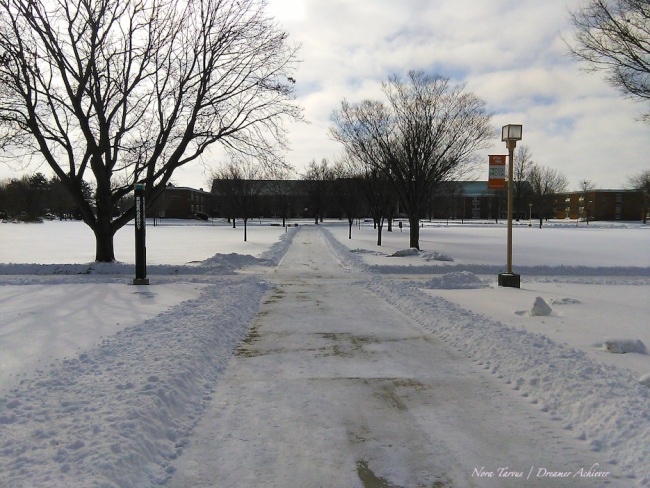 PPPS. Here is two Finns studying in ONU and I’ll meet the another one today. Excited! 🙂