One more award to Dreamer Achiever! Thank you so much, Thomas from Thomas’s Wonderland for nominating me for the versatile blogger award. I got this award for the first time and I’m super excited. 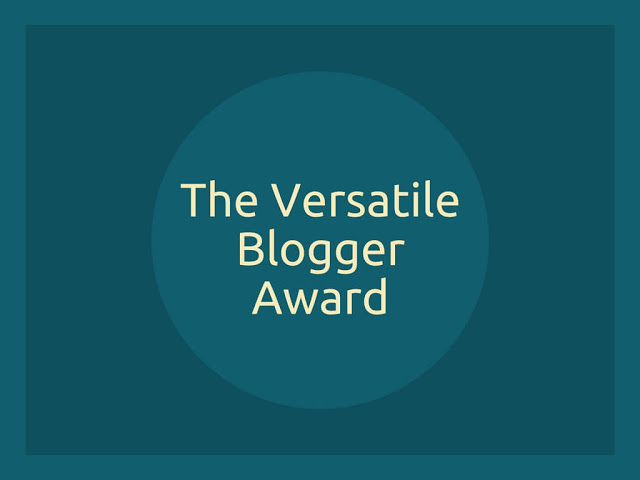 Seven Facts about Myself (H1)

1. My hair is naturally curly but I never keep it that way

… because having naturally curly hair isn’t what you think or even dream of. You never know how the hair looks when you woke up. It’s never Hollywood curls though. It might be 50% curly and 50% straight. Or just really weird looking in some other way.

So, for you my straight-haired readers even with curly hair I must do the curls with iron if I want to have nice curls. And also, if I want them straight it’s some iron work again – and if it’s raining the hair might turn up messy looking much easier than naturally straight.

2. I’ve lived about a year in the United States but I’ve never visited west coast

When I went to the US for the first time I didn’t have much expectations I flew where everyone else flew and explored quite random things. However, the second time I had decided to see NYC and California.

I’ve been in NYC for about 5 weeks in total but I’ve never been in Cali or the west coast in general. If there would be valuably priced tickets and some extra time available, I’d love to go!

3. I love taking photos of walls and textures

I guess you all know that I love photos. Watching them, taking them and editing them. But did you know that I am not actually that interested in taking photos of people, events or other lifestyle stuff? I do those as well but I take a lot of other kinds of photos too.

My more normal photography passions are food and nature photography but I also love taking photos of different textures. I find it very interesting to shoot things like walls, ceilings, stones, etc. so that you can only see the texture not the subject.

4. What comes to photography I was known from my weird subjects in the high school too

One good example of that was when my teacher asked to take photos with a theme “My Helsinki”. Others shot places important to them or something beautiful.

5. The best ideas come into my mind when everyone else is sleeping

It’s been always been like this. All the master ideas happen when I am supposed to be sleeping. It can be ideas for new posts, school essays or better work reports. I can be productive the whole day but the best ideas happen late nights and early mornings. Can anyone relate?

6. I’ve been planning to buy a new Mac since they released those Touch Bar ones but I still don’t have one

And for the ones who don’t know, those were released like six months ago. But well, first I wanted to hear what others think and try them myself. Then I spent half a Mac worth of money on a new camera and well, the time just flew. But I promise to get a new one let’s say within a year haha!

7. When we get a poodle it has to be white or apricot colored

Now you ask why? Well, of course because those colors are not only cute but also the easiest to photograph and very instagrammable. And that’s, of course, important for every social media addict haha! But hey, they are all same size, health and price so why not to take the most adorable one? 🙂

– Shanika from Orchids and Sweet Tea

– Annabelle from The Viva Luxury

– Tara from Where is Tara?