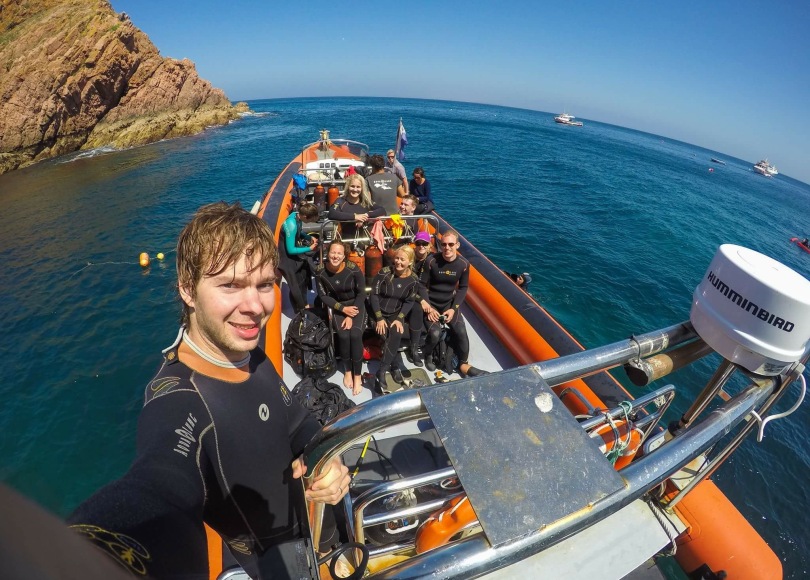 The forth day in Portugal was really exciting and different. We woke up 8am, ate, backed our stuffed and drove to Haliotis Peniche. In there we pull wetsuits on and hopped into minibuses that took as to the coast. At there we packed to a small boat with two huge V8 motors ready to take as trough to the open sea to Berlungas Island.

The boat ride was an interesting experience. It felt like being in amusement parks. Only thing we saw was the waves that threw water on us and made our little boat to jump around. At first I was sure we’ll die but in some point it turned quite fun. 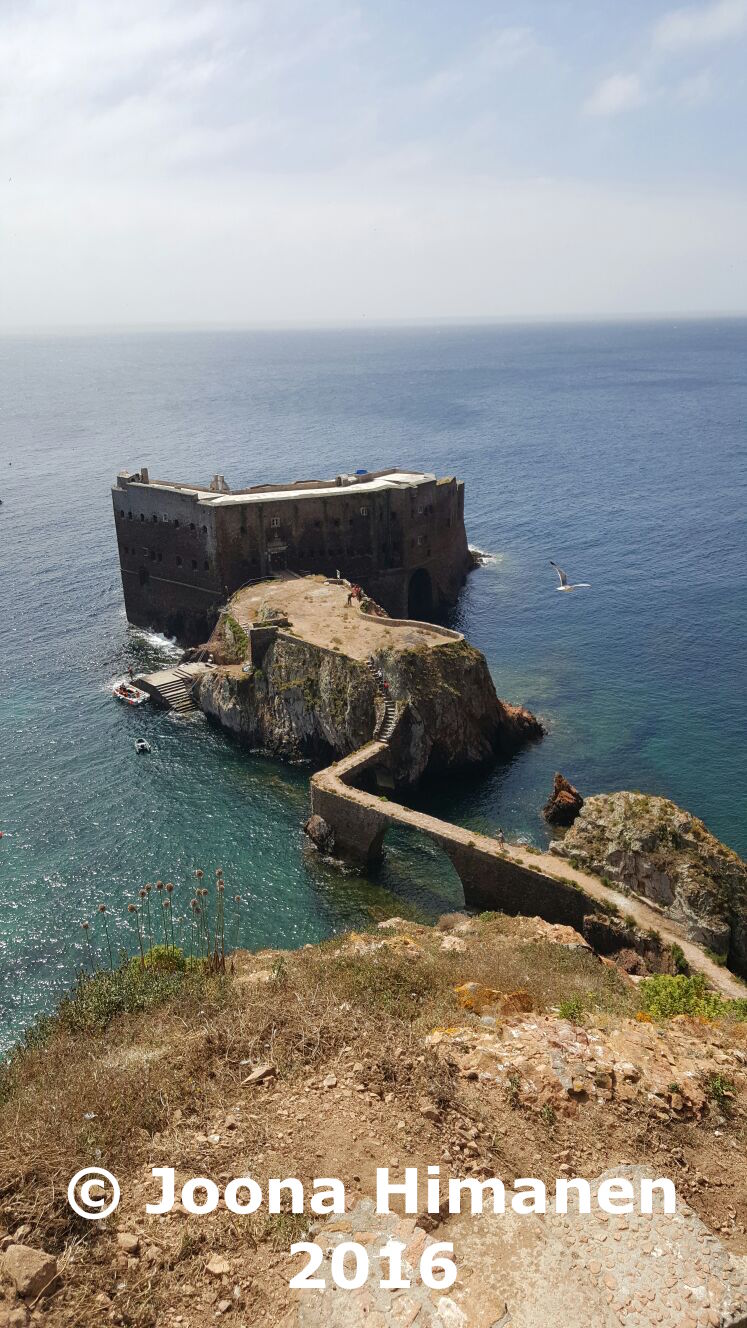 There was something more exciting and new waiting after that boat drive, scuba diving. We dived in two groups and I was in the second one so I first went to do some snorkeling to get used to the cold water of Atlantic Ocean. Snorkeling was okay but diving was cooler. At first it’s really weird to breathe by only using your mouth and the water temperature is also quite a shock when you hit the water for the first time. When you are underwater you don’t feel fear and diving feels actually really natural, or at least for me it felt. I was more concentrated in the view and breathing than thinking what am I doing. Haha.

After around 30 minutes of diving we had lunch in the Island. After it we went to another point for diving and did a second dive to more deep water. The first one was around 7 meters (23 ft) and the second around 10 meters (33 ft). The second one also had more interesting views; I saw a sea star, an octopus and plenty of fish. The entire experience cost 110€ per person which is very good price for personal teaching, boat rides and a meal. If you only want to do snorkeling it’s 55€ or just coming to Berlunges with divers and having a lunch is 30€. In total the trip will be from 9am to 5pm (= 8hours). 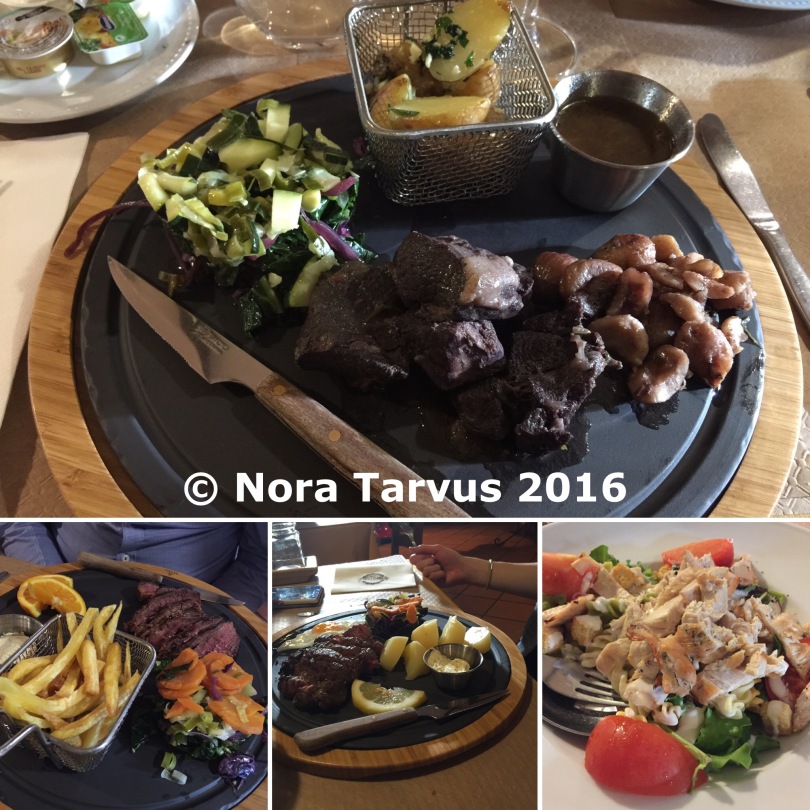 At the end of the day we went to Tasca do Joel to have a dinner. The restaurant was cozy and had nicer in decoration than many restaurants in the area. Also the service and English skills of personnel were good. Anyhow the food quality vas very varying some of the meals were perfect and some were barely eatable. I think that there might be same thing with their wine list – they had hundreds of wine on their list. We picked a good one but everybody might not be as lucky with that huge list. I think that the biggest problem in general is too wide menu. You should ask from dish recommendations before going to this restaurant! 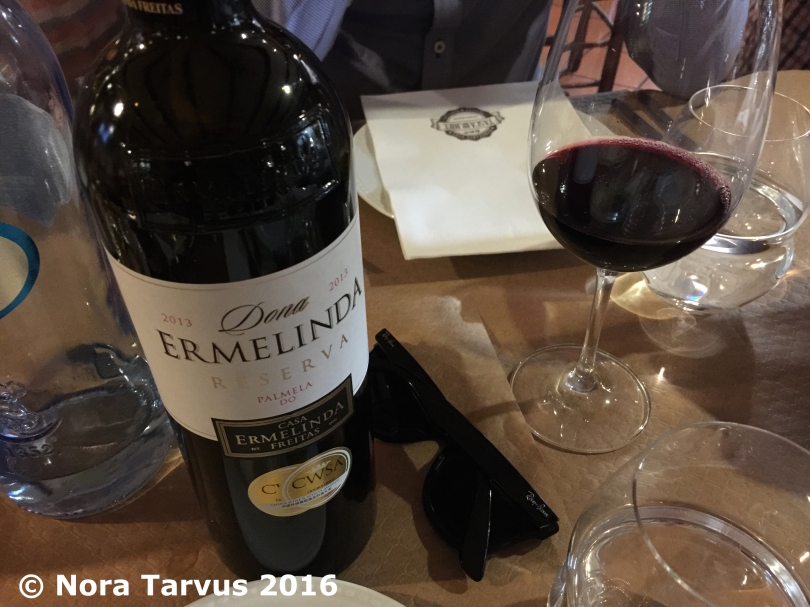 The dishes I tried weren’t too special so I’m unfortunately unable to give you too much advice on them but I’ll share my wine recommendation though. The wine we had, Dona Ermelinda Reserva 2013, is great for low-medium fat meat such as beef or chicken. It’s local, ruby colored, mid tannic, full bodied red wine with some berry jam in it’s taste. In general it’s nice, soft and balanced. Everyone who tasted loved this and we even bought one bottle to bring back home so I’m quite sure that most of you would enjoy this one!